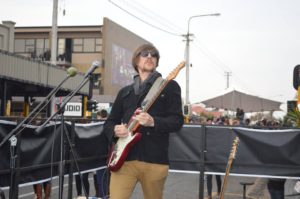 I was introduced to Albert Frost when a friend handed me his 2002 album Catfish and remarked if you like blues guitar you will love this. I did. I then saw him live for the first time at the top-bar at Oppikoppi doing a blues show and I sat mesmerised by his incredible control and focus on playing the blues, which like playing the guitar appears deceptively easy, but is incredibly difficult to master. Albert has become a master of playing the guitar and while his roots are in the blues he has played with an incredible range of SA musicians and different styles of music.

He played with The Blues Broers for 21 years and is currently a solo artist, who has played with Koos Kombuis, Chris Cameleon, Arno Carstens, Anton Goosen, Blood Brothers and has become the go to, guitarist for SA musicians and special projects.

He has been on all 3 three of the Blood Brothers shows for the Vrede Foundation carrying the lead guitar duties supporting and playing with some of the best SA Rock musicians with style and incredible technique.  I have also seen him play with a wide range of SA musical talent at various Oppokoppis over the year, where he has become some what of a fixture, and have seen him fit in and play in a range of styles and genres and he always adds something to the set with out ever over shadowing the artist he is supporting. His technique and high level of professionalism, is always in evidence, in every thing he does. As a guitarist, he is highly technically competent and his talent is prodigious, but he is never showy or fla 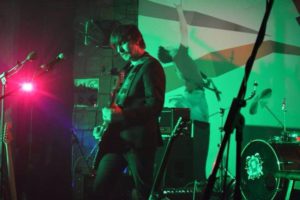 shy, he just plays beautiful guitar which enhances and develops the song.

He has released 3 solo albums, Catfish -2002, Devils and Gods – 2009 followed by the fantastic Wake Up 2016 which won the SAMA for Rock. He has developed an clearly identifiable vocal style which goes along with his fantastic technical skill and feels as one of the best guitarists in SA.  I have also got know him over the years and he is a humble and caring person who treats his clients and friends well, there is no evidence of rock star attitude or ego. 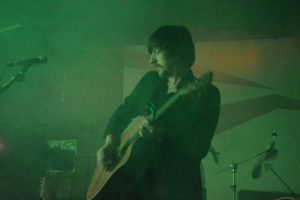 A while I put out a list of my favourite and highly rated guitarists in SA and posted it on Facebook and Albert in his typical modest fashion liked my post and then commented he was not sure if he should be on a list with guitarists of this stature. I replied that he is on my list of top ten guitarists of all time and Hendrix is on that list. I don’t think he knows just how good he actually is.

I don’t think he knows just how good he actually is.

You can check out his gigs and information at www.alberfrost.com