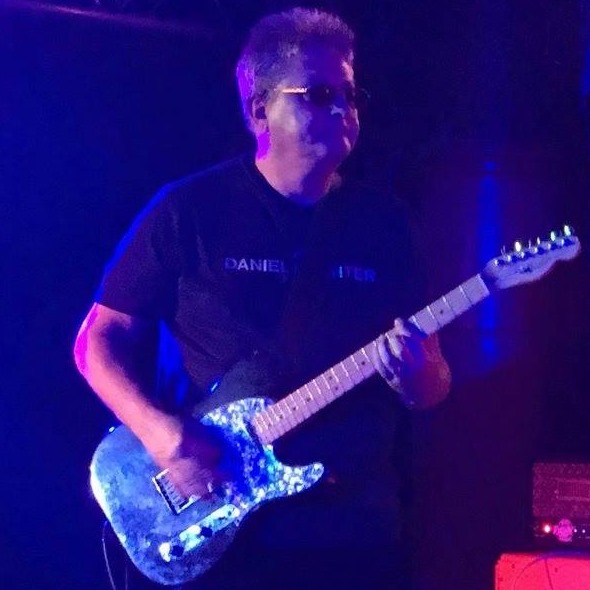 Spent the morning practising the guitar and am now spending the afternoon listening to all my Tool albums on shuffle and thinking about my musical journey. A good way to spend a Saturday.

Thinking about the people who have shared my musical journey over the years. These people taught me, introduced me to music and played with me in my various bands and projects.

My Mom taught me to sing and developed in me, a love for traditional Jazz and Broadway show music.

Ronnie Gilchrist introduced me to the blues and surfing and this great acoustic guitarist now lives in Ireland, and we are still friends today, and keep in touch through Facebook.

Alex Sproat played drums in our first band Amplified Heat which had fun but never got out of the garage. We wanted to be Cream…

Jean-Claude Latter, Rubin Rose, Isak Roux and John Hudson played with me in the second band I was involved in Quest. Isak was one of the most incredible musicians I had ever played with at that time and he went on to become a concert pianist and composer who now lives in Germany and makes the most beautiful music. Rubin went onto play with the Durban Punk pioneers Wild Youth while John still plays music in and around KZN.

After Quest, I returned to my folk roots and played Durban folk club, around Durban and in a worship group at Elim on the Bluff where I was motivated by Bill Price to play and later to be a solo gospel singer. After hearing EC Unplugged I moved to play almost exclusively acoustic blues in and around Durban.

When my son showed an interest in music I taught Jeff Strodl some basics, watched as he progresses so quickly and bought him and an electric guitar and amp, and he then grew from strength to strength and he then played with Gasoline, Square Jaw and Jane Doe in Durban.

During this time I met Don Clarke of Don Clarke Studios in Westville when we recorded a Demo for Square Jaw and I had my first exposure to a professional studio, as a manager rather than a player.

He then played with Trematone, Blow the Band, My Epic Vice and Panty Thug mystery in Johannesburg before moving to London where he is working in a project called the Bloody Immigrants. During this time my playing took aback seat to management and I met my friend Bill Botes who managed some of these projects and is still very involved in the industry in various projects, most recent is his involvement in Shifty Records.

Leon Retief, who was the drummer from BOO and I started the MMFSA Music Managers Forum SA, an initiative we started to try to improve and professionalise the management and business side of the music industry.

Jeff, Stevie and I ran a sound company for a few years and were the main sound company used by Saron Gas who were managed by Ingrid N Roding who introduced and taught me and the boys much about the music business. We started this business at her suggestion and the boys made a fair living and were exposed to the business side of the music industry.

During this time my son Jeff, Grant Bez ,Stevie G and I designed and built a recording studio onto the RSC offices and this was run by them for a period as a working studio until Grant and Steve left to work overseas and tour. The studio was in mothballs for a few years but is now resurrecting as a voice over studio for my training business RSC and as a studio for my own projects.

I stared a blues project with Patric Baard and Rachel called Terraplane, after a Robert Johnson song, and we played mainly acoustic blues covers in and around Johannesburg.

In 2014 I reconnected with Pierre Cronje, a simply magnificent Bass player and we started jamming together soon to be joined by Hilton Damain-harris on drums to form Shades of Grey a blues and rock band.

Playing in a band made me realise I needed to improve my guitar technique and playing and I was very lucky to do 6 months of lessons with Austen Ramsay Lewis from Savage Lucy. These lessons changed my focus and left me with years of practice and development to try to become a better musician. This guitar master is once again doing lessons and any guitarist who wants to improve and grow should give him a call.

Recently I have been expanding my musical directions and exposure and Gord Laws have been providing valuable input on all things Hip Hop, Metal and make’s me think very carefully about writing lyrics that are powerful, spelt correctly and grammatically correct.

Thomas Selmer-Olsen and incredible guitarist and musician friend of my son, has always provided valuable input on playing and achieving a good tone with electric guitar and valve amps. His work on various projects which include Mango Groove and Jessie Clegg makes me very grateful that he will take the time to assist in this important area.

Mike Meiring and incredible Strat player and musician who Plays with Highway Jam, an incredible Jazz/Blues/ Rock three-piece, has also provided me with valuable input on how to get a good tone and when I acquire a Strat to go with me Tele and LP I am going to take him up on his offer to perfect tone using a Stratocaster.

This developed into Black Wind Howling with Danny Helsing on Bass, Tyler Meiring, Robert Hooper on Drums and me on rhythm and vocals. Danny is a magnificent bass player and Tyler a wonderful guitarist and vocalist who have added hugely to the sound that has become BWH. Robert was a fantastic drummer who held it all together and added a wonderful dynamic to the group until he left SA for the UK last year.

Tyler and Danny have both been providing me with input and direction on the setup in the Getphat studio which is now an operating small studio, once again.

Christiaan Van Renen who had played in Panti Thug Mystery helped us out on drums for a few gigs and I loved playing with this rounded musician, but sadly his time was limited and he is focusing on Apocalypse Later for the foreseeable future.

Greg Watson sat in on drums this week with BWH and is a simply wonderful drummer and I count myself as very lucky to be playing with 3 musicians of their stature, who also such great people.

What 2020 holds in store for me musically is a mystery but I am positive and motivated that exciting musical adventures lie ahead for me, Black Wind Howling, Getphat music mag/blog, Getphat Studio, My acoustic/folk/song-writing project and my new experimental music project based around my experiments and dabbling in the studio.

Well here is to an interesting, creative and rewarding 2020…